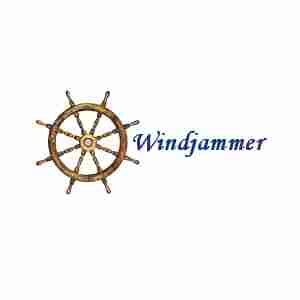 Hoga was a United States Navy Woban-class district harbor tug named after the Sioux Indian word for “fish.” After World War II, the tug was known as Port of Oakland and then City of Oakland when she was a fireboat in that city.

Authorized on 18 June 1940, she was built by the Consolidated Shipbuilding Corporation in Morris Heights, New York. Her keel was laid on 25 July 1940. Launched on 31 December 1940, she was christened Hoga(YT-146). Placed in service at Norfolk, Virginia on 22 May 1941, Hoga was assigned to the 14th Naval District at Pearl Harbor. She made the trip there by way of the Panama Canal, San Diego, and San Pedro.[3] At Pearl Harbor, she was berthed at the Yard Craft Dock and worked moving cargo lighters and assisting ships in and out of berths. Like other YTs, she carried firefighting equipment.

After only six months in service, the HOGA was put to a far greater test than had been expected, when Pearl Harbor was attacked on 7 December 1941. The HOGA fought without break for 48 hours, extinguishing fires, tugging bombed warships and rescuing seamen. Today the HOGA is the only vessel still in existence from the time of the Japanese attack.

There are no reviews yet.

Only logged in customers who have purchased this product may leave a review.